Many people don’t know that the half-life of caffeine can get up to 12 hours. Most of us think that the half-life is only three or four hours. Well it depend on many factors, including: age, sex, metabolism, weight, and of course genetics. Coffee has also a bad reputation for being positively correlated with depression (sometimes even clinical depression).
Among the things that I hate about coffee, its effect on mood and sleep schedule are the most disturbing.

5 Things I hate about Coffee:

Will Society Stop Relying On Caffeine One Day?

Enough of me whining about its bad effects. As a side note, I am not neglecting the positive side of consuming caffeine. As a matter of fact, without coffee, we would have the kind of development we have today in our world. Caffeine pushed the boundaries of what was possible for human productivity. If tomorrow morning we wake up to a decaffeinated world, I think that 90% of the population won’t be able to work. It is that addictive! It is that popular! And speaking about its popularity, it is the second most drunk beverage in America (after water).

Some people even say that, without coffee, we wouldn’t have had The Renaissance Age altogether. 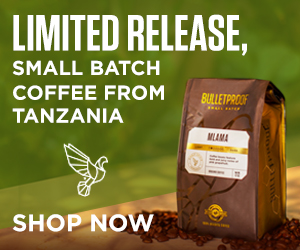 Book One: The Science and Culture of the World’s Most Popular Drug by Bennett Alan Weinberg and Bonnie K. Bealer

An amazing read for those of us who are curious about the history, the literature, the science, and the culture specifics of drinking and consuming coffee.

This book dig deep into the details of the beverage. Readers with an appetite for historical account and facts will definitely enjoy it.

You may be surprised to learn that, at the time of their discovery and early use, both coffee and tea and, much later, cola elixirs, were regarded exclusively as medicines.

The World of Caffeine

From the discovery of caffeine, its historical and cultural roots, to its chemical properties and health effects, this book will be one of your most pleasant reads about drugs in general.

Note: The book contains a set of four curiosity stimulating appendices. One of them mentions important studies to read on the physical effects of caffeine. (for those who care even more about details)

Book Two: Caffeinated: How Our Daily Habit Helps, Hurts and Hooks Us by Murray Carpenter

How is it like being hooked on caffeine? Murray Carpenter will make you enjoy reading about the substance. He first differentiate between “Traditional” and “Modern” Caffeine. Hen then goes on to explore the deeper effect of the drug on our minds and bodies.

My favorite part of this book is the last one, titled “Corralling Caffeine”. The author here at first takes us into a historical period when the substance were not red flagged or regulated by government agencies, and how that changed over time, when regulators decided to check on (and sometimes even force certain technical regulation on companies producing soda water and other kind of beverages) “caffeine’s safety as a food additive”.

I like how Clark begins this book by introducing us to the man behind the engineering of “the perfect cup of coffee” Samuel Cate Prescott. This book is an enjoyable nonfiction read for those with a taste for well researched and kind of a journalistic narrative style.
There is a great coverage of history in this book as well. (Everything from 18th century style trials and errors to early 1920s revelations about the world’s most consumed beverage)

The part where the author presents his take on Starbucks is titled “Green-Apron Army”. The best and funniest part of it all is where Taylor takes us into the daily ritual of an average Starbucks barista.

Book Four: Caffeine Blues: Wake Up to the Hidden Dangers of America’s #1 Drug by Stephen Cherniske

This is a warnings book about the negative implications of being addicted to a substance such as Caffeine. The book begin with the author’s take on the ideal dose, the excessive dose, and the dangerous dose. Then he takes us into a journey of discovery regarding what happens to the mind, body, and spirit when interacting with caffeine. All of the this is accompanied by an assessment to see whether or not you are really addicted to coffee and its demons.

The most interesting part of this book for me was the one where Stephen talks about the politics of the industry (titled Politics and Pushers):

Did you know that two of the most profitable companies in the world are the leading cola companies? And that some of the fastest-growing corporations today are the coffee bar chains? These companies produce mostly beverages with no nutritional value—and yet the explosion in the caffeine industry is unparalleled in the history of commerce. It has to do with the fact that caffeine is addictive, unregulated, and cheap.

Even though this is a textbook, I wanted to include it on my list because it is such a wonderful read, especially for those who love technical details and detailed work with grounds on numerous scientific studies. For instance, you will learn how Adenosine (one of the four building blocks of our DNA & RNA) and Caffeine interact together. And how the latter binds to the same receptors as the former, thus acting as its “competitive antagonist”.

The best part of this textbook for me was the on where the authors introduced me to the history of the medical use of plants as Medicine.

Driftaway Coffee is a Brooklyn-based coffee subscription service that sends personalized, freshly-roasted coffee directly to customer homes. Subscriber will rarely receive the same coffer twice, allowing them to explore the world of high-quality coffee from the comfort of home.

The world relies on coffee to get work done. It is just a fact of our modern reality. It doesn’t mean it is a bad thing. But, if we are consuming a substance on a daily basis (and we are dependent on it to get things done) we should at least be aware its nature, its cons, and its long run ramifications on our bodies and overall health.