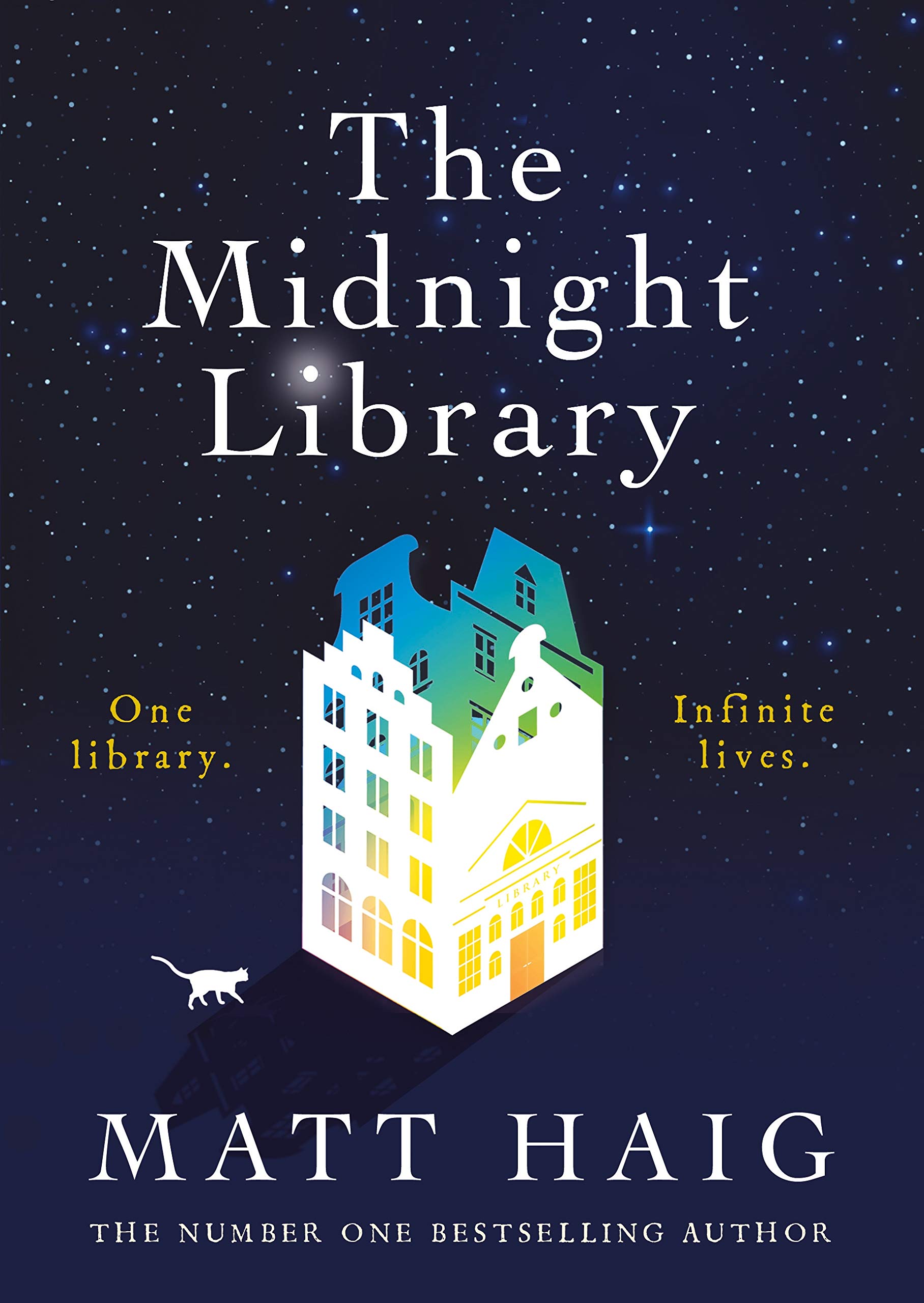 Sometimes, imagination is the weakest’s only weapon to push back against a dark reality. But oftentimes, it is also the best form of escapism a curious mind cannot afford to miss. If we had a chance to test out other lives, other scenarios, other countries, other cultures, other careers, other stories, how long before we settle for an “ideal” life amongst these seemingly infinite possibilities?

In “The Midnight Library”, Matt Haig imagines a world where people who choose to end their lives pass through an “in-between” phase—as it sounds, a phase between life and death, a phase during which the clock stops ticking, and the time stands still.

This “in-between” phase is mainly presented to us—the readers—through the character of Nora Seed. Nora a thirty-something year old British woman from Bedford. Since she was the little kid at Hazeldene School, Nora had been the type of kid that everyone expected enormous achievements from. She was as talented with her mind as she was with her body; she was one of Britain’s best junior swimmers. She loved to read, and found the library to be her best hide-away. Later in life, she would join a band which she would abandon, yet she was good at that too—she showed a gift as a composer and a singer playing in a band with her brother (Joe) and his friends, named “The Labyrinths”.

And even if you are a pawn—maybe we all are—then you should remember that a pawn is the most magical piece of all. It might look small and ordinary but it isn’t. Because a pawn is never just a pawn. A pawn is a queen-in-waiting. All you need to do is to find a way to keep moving forward. One square after another. And you can get to the other side and unlock all kinds of power.

What attracts readers and keeps them engaged with works of fiction, such as The Midnight Library, is the concept of alternative possible lives. Daydreaming about what could have happened had we made other choices is not uncommon amongst readers (and bookish people in general). In a way, we wish there was an “in-between” phase between life and death. A phase during which we would have the chance to reflect, and to correct.
The scenes in the Midnight Library are rapid in their rhythm. You feel like you are reading a collection of short blogs, or social media posts. Hence, the feeling of familiarity whilst reading the novel might be the feeling of familiarity with its settings—in a world where the majority of people are glued to electronic devices, exposing themselves to an informational overload. We see that Nora Seed, the protagonist, is like most people during the first quarter of the twenty first century; she can’t stop checking the internet, she can’t stop comparing herself to others, she can’t stop the severe fear of missing out (FOMO), and therefore it is almost impossible for her to be in the here and now and be grateful for the now and its limits or optimistic about the future and its surprises. And, speaking of FOMOs, the concept of a “Book of Regrets” in this novel aligns so much with today’s prevalent FOMO amongst generations who grew up spending most of their waking hours scrolling. That’s why although this work of fiction is still slower and deeper than a social media post, it is nevertheless a narrative adjusted for our shorter attention spans.

In a recent interview 1, Matt Haig said that the hardest part about dealing with anxiety and depression is that your brain somehow convinces you that things are never going to get better, and that there is no way out of the current situation—a conviction which time usually reveals its falsity, and it did both in his life and in Nora Seed’s life.
And in many versions of Nora Seed’s lives, she almost always had her phone besides to her bed. A habit that Matt Haig himself acknowledges that one needs to avoid to recover from his/her social media addiction.2

It is clear, therefore, that Haig’s previous fight and recovery from depression, during his twenties, had made writing The Midnight Library easier for him. Not that he hadn’t written about it before—he did, in his memoir Reasons to Stay Alive. But this time, he tried to draw on his experience, and created this Nora Seed character, then with a great show of his imaginative capabilities invented the “in-between” experience of the Midnight Library. The result is a novel that is both entertaining and life-changing.