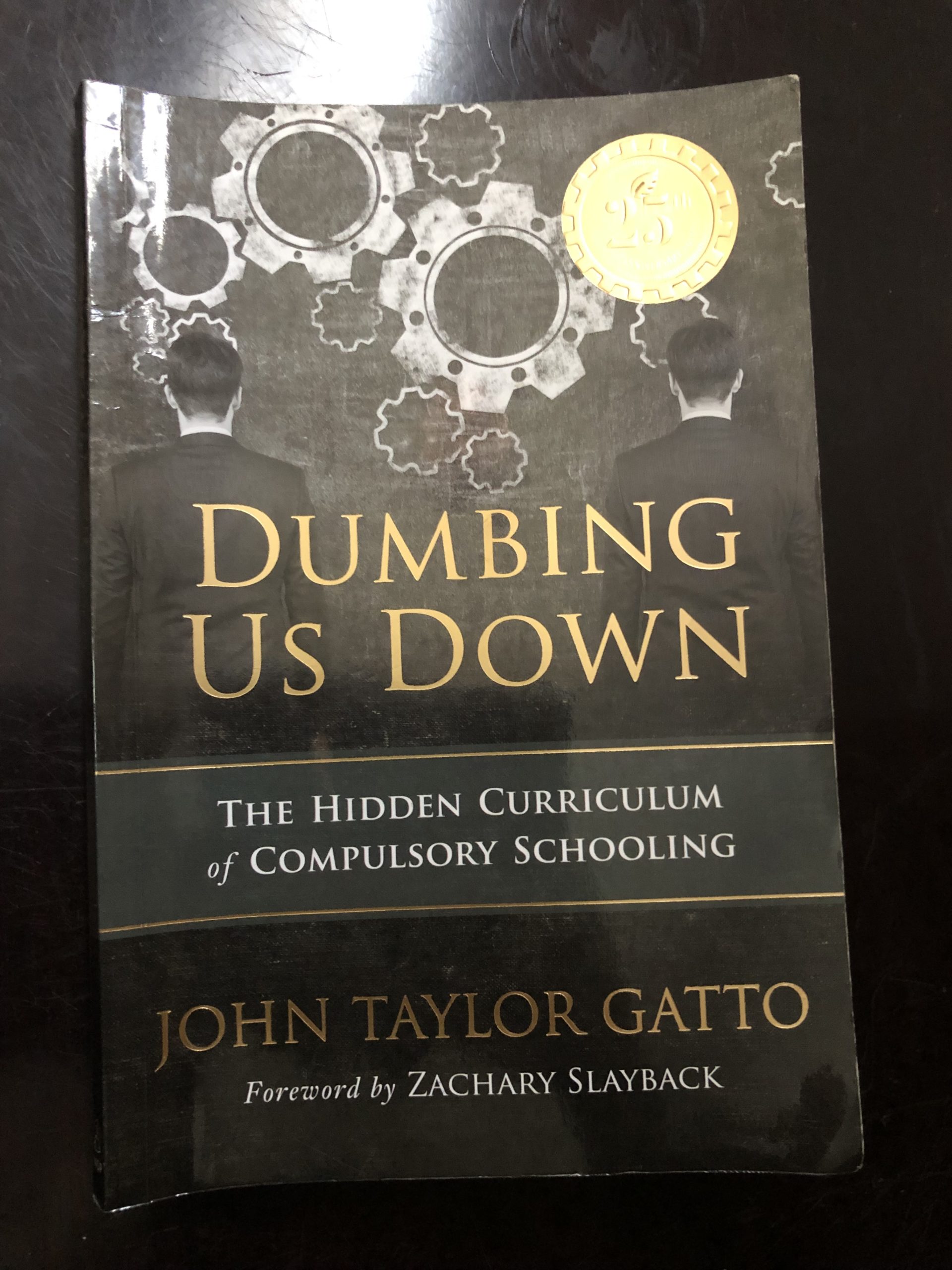 The Seven Lessons of Schooling:

The first chapter of this book is a speech Gato had delivered upon receiving an award: New York State Teacher of the Year 1991. The speech is marked by its humor and its deliberate use irony. And even though Gato is not immune from bias, like everyone of us—his views are influenced by Libertarianism, and he is skeptic about the theory of evolution by natural selection, and it shows in the text—his seven lesson about schooling are worth reading and thinking about:

Suicide rates may had been higher among rich teenagers in America decades ago, as John Taylor Gato notes in this book, but when we examine the adult population today inside the United States, we have a different story.1

Self-education is the mark of a tough, independent, resilient, and self-reliant individual. Johnn Taylor Gatto argues for giving families more freedom and power to choose what’s the best education for their own kids. Twelve years of compulsory schooling in America has been destructing family life—and it has destructed any hope of breeding educated and mature kids with it.

Gatto favors going back to key local values of home and community life. Among them: self-reliance, courage, dignity, love, perseverance, and self-motivation.

Gatto Lays Down The Six Functions of Schooling: